Non-lethal self defense weapons can prepare you for a dangerous situation, without effectuating a fear of causing an accidental death. Concealing a firearm is a tremendous responsibility. You have to train; you have to actively and diligently ensure that your gun is properly maintained, handled, and stored. Some people aren’t comfortable with that responsibility.

However, just because you don’t want to carry a firearm, doesn’t mean that you should leave the house unarmed, at risk, and underprepared. A self defense plan will furnish you with the confidence you need to feel safe, prepared, and ready to meet almost any challenge. Firearms offer excellent protection in self defense situations, however, they aren’t your only option.

Note that even though the weapons listed in this post are classified as non-lethal, they’re actually less-lethal. Depending on the condition of your attacker, any weapon, even if it’s just your fist—could lead to death.

Are non-lethal defense weapons effective? Yes. If you choose to carry less-lethal weapons such as pepper spray or a taser, you can still temporarily incapacitate your attacker, and give yourself sufficient time to escape.

What are the best non-lethal weapons for self defense? Let’s cover them. Pepper spray contains a chemical inflammatory agent that causes your attacker to experience short term blindness, breathing problems, and pain. The effects can last anywhere from 20 minutes to an hour—giving you time to get away. Pepper spray doesn’t require training to use effectively, however, you do want to make sure that you don’t use pepper spray around heat, flames, or extreme light. An added bonus—pepper spray can be concealed easily.

Pepper spray is also offered in a variety of formulas, such as foam, gel, or stream. If you don’t want to experience blowback from the wind when you spray, then a gel formula is a good option. To assist in identifying and catching the criminal, some pepper sprays also contain a dying agent in them that will make your attacker’s face blue for up to 48 hours with some brands, so the criminal will be easier to identify after you spray them. Unlike a stun gun, a taser can typically incapacitate your attacker from 15-20 feet away. However, you only get one shot, so you have to make it count. That being said, many tasers can be used as a stun gun. Tasers do require slightly more training than pepper spray, because the effectiveness will depend on your aim. You can carry a taser with the safety on, and in a holster. Tasers are fairly easy to conceal on the body. Sometimes referred to as a semi-automatic pepper spray gun, non-lethal guns, much like a paint gun, can be loaded with pallets filled with military grade pepper spray.

If shoot your attacker, they’ll be bombarded with the painful and debilitating effects of pepper spray, and they may also acquire gashes in their skin from the pallets. These guns don’t leave any lasting damage.

The magazine is able to hold 7+ rounds, and in a serious self defense situation, you might need to use every single one to sufficiently prevent your attacker from succeeding.

A non-lethal self defense gun can also be an excellent non-lethal home defense weapon. If you can blind your attacker, you’ll have time to grab a knife from the kitchen, or call the police.

Like the taser, you’ll want to train with this gun and work on your aim. Non lethal guns for protection come in a few different varieties, so do your research and pick out the best non lethal gun for you. Your ability to crush an opponent in hand to hand combat is a self defense skill that’ll never get lost, left behind, or end up in the wrong hands. In the midst of an attack, you might be tackled, wrestled, and pinned down. Even if your weapon is easily accessible, your means to accessing your weapon might be temporarily blocked. That’s where self defense skills like karate, boxing, or muay thai, could potentially save your life. 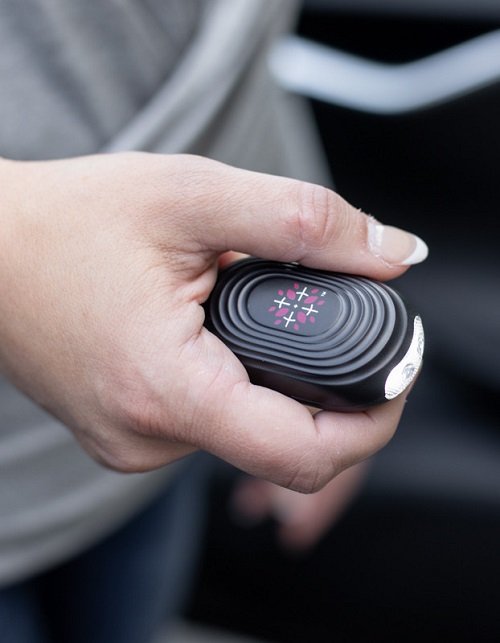 Some self defense products now combine GPS technology with an alarm system to alert the authorities of your exact location while you’re dealing damage to your attacker. Now your self defense weapon can spray your attacker, and take a picture of them simultaneously. Once the picture is taken, it’s immediately sent to the authorities. This device pairs with your phone, and the GPS technology allows the authorities to know your location at all times, so help is on the way immediately after you activate the device. With a picture of the attacker on file, authorities can locate the bad guy more easily. It’s been debated whether a tactical pen can actually be effective in a self defense situation. While there are arguably more powerful non-lethal self defense weapons available, the tactical knife can offer several benefits.

Some tactical knives feature a window breaker, as well as a “DNA catcher” which will capture the DNA of the attacker so they can be more easily identified. If you’re already skilled in hand to hand combat, this pen will give you an additional edge over your opponent. Lightweight, easy to carry and conceal, this self defense tool is designed to deal serious damage if you stab hard enough. Conveniently, you can still use it to write!

This weapon may not stop your attacker, but it could slow them down. Another advantage of a tactical pen is that you don’t have to concern yourself with state law compliance. This pen can be taken anywhere in any state; from the hospital to the post office to a police department or law enforcement agency.

In the end, you should choose the self defense weapon that you feel most comfortable using. Dress to protect, and stay safe!