6 Ways To Improve Your Situational Awareness 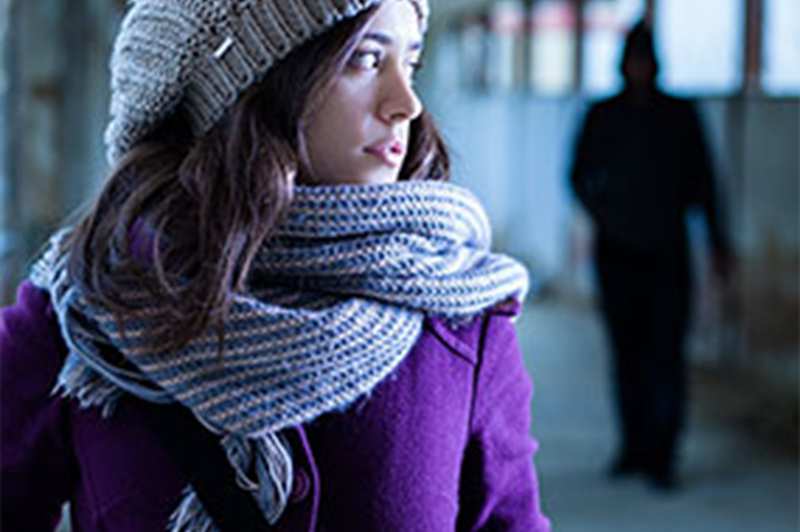 How To Develop Situational Awareness

At some point, you might have heard about something called "situational awareness." It isn't a complicated concept, but it's a vital one when it comes to self-protection.

In one sense it's just a buzzword, because it really only means being aware of one's situation, so it's not like it's incredibly complicated. But it's of vital importance if you want to be able to defend yourself if you have to.

Situational awareness really means being aware of your environment and what's in it. The people around you, and what they're doing. The area you're in, and points of entry and exit or potential areas of cover or concealment.

Blind spots, where your view of other people or places is blocked.

Situational awareness is important because maintaining it makes it easier for you to anticipate where trouble might come from. That awareness can buy you time, and time can buy you options in an emergency.

Think of it this way: let's say you're in a convenience store. If you aren't paying attention, and all of a sudden someone bursts in with a gun saying "hands up and everyone hand over your wallets!" you're at a complete disadvantage.

If you noticed the person with the gun coming, you might have had time to get yours out to stop them, or find an exit through the back of the store and gotten to safety.

Some of the older self-defense literature mentions color conditions, and that a person should be in "Condition Yellow" wherever they are, which just means being alert and attentive. It's much the same idea.

But how do you maintain situational awareness? Try these 6 easy tips.

The first thing you should notice when you walk into a room or a store or house or what have you, is the points of entry and exit.

Where do people come in? Where do they go out?

Are there any other places a person can enter or exit that aren't easily seen, such as a back or side door?

Being aware of points of entry and exit tell you where people are coming from or might come from. They also tell you where you or others can leave from if necessary.

If you have to leave in a hurry, that's vital to know. 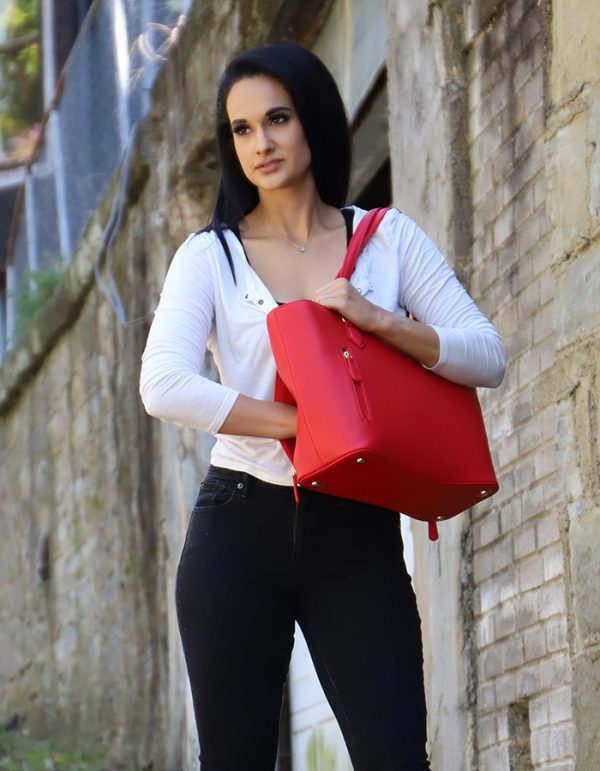 Another crucial tip for situational awareness is to know where the blind spots in a room or area are.

The idea is to identify what parts of the landscape you're in prevent you from being able to see other things in that environment. That way, you can figure out how to approach them to minimize blocked views...or avoid them altogether.

In the Wild West era, Wild Bill Hickok was known to insist on sitting in the back of a room, with his back to the wall. As a former lawman and survivor of a number of gunfights, he knew it let him see everyone coming or going.

The one time he broke this habit was the night that Jack McCall killed him. McCall entered the Number 10 saloon, shooting Hickok in the back of the head.

Also be aware of sites of potential ambush. Blind corners, dark alley entrances, large bushes and overgrowth around parks and so on are easy places for bad actors to hide. 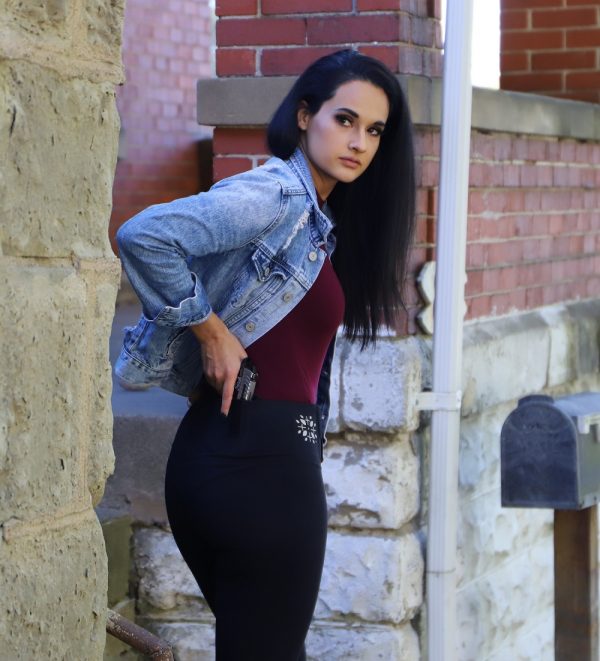 There is, however, a big difference between the two.

Concealment just means something you can hide behind.

Cover conceals you, but can also protect you against gunshots or other debris flying in your direction. In a big box store, you'll find a lot of displays that can conceal you, but few that will cover you unless you find yourself in the garden section behind a pallet of cinder blocks.

Should you need to hide or find cover, know how to identify what could give you the one or the other. Concealment is easy, but be aware that cover is rare.

Observe Other People And What They're Doing 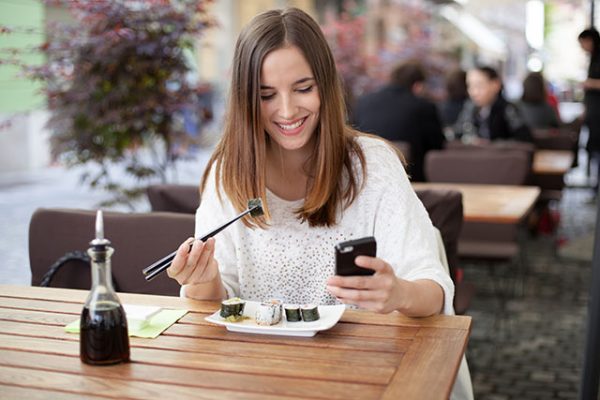 Another critical aspect of situational awareness is being aware of the people around you. What they're doing. How they're behaving.

Be aware, though, that the information you'll get by observing is inexact and incomplete. Don't leap to specific assumptions about people based on one second of information.

What you're really looking for is people who might potentially be a problem, meaning people who are jittery, anxious and seem otherwise unstable.

Also be aware of people who are in a position to be a serious problem. Someone at the back of a room. At a convenience store, bank or otherwise, also keep an eye on people going up to the counter, especially if something seems off about them.

In other words, be aware of the people around you, how they seem and what they're doing. If you see someone who seems like they're out of sorts or could do something drastic, it's possible that they might.

Again, awareness gets you time and time gets you options.

Put Your Phone Down 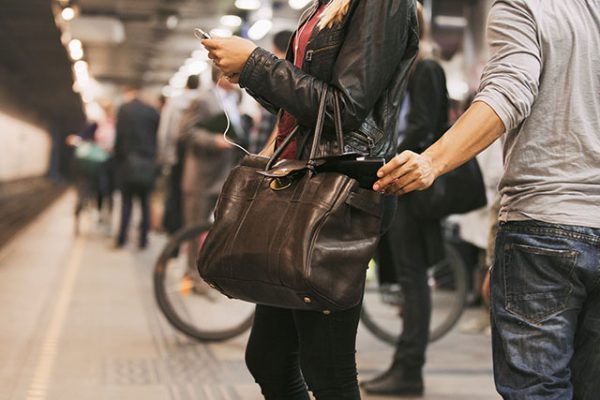 Everyone gets stuck in their smartphone at times. It happens to all of us. You get a text, an email, a call, a notification from social media...and it takes your attention.

When you're at home in a safe environment, it's fine. When you're out and about, it's distracting and that means it calls your attention away from what's happening around you.

Muggers are known to target people that are preoccupied with their phone, as are car thieves and all sorts of other criminals.

So put your phone away. You can read your messages later, when you're safe at home.

The same goes for the headphones. Seeing things is important, but so is listening.

Carry Yourself With Confidence 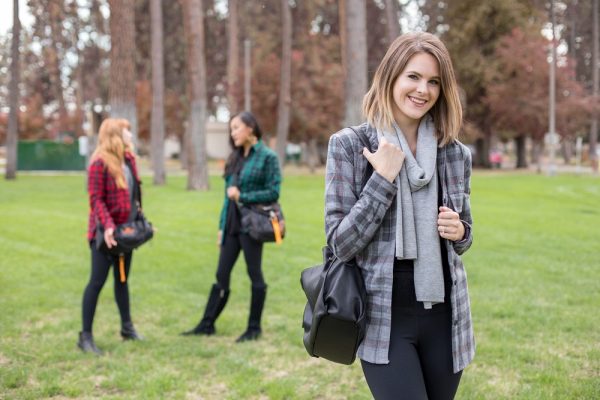 Another big tip for maintaining situation awareness? Be aware of how you carry yourself, your presence. This makes a difference too.

One of the things that muggers, car thieves and other criminals look for is someone that acts timid. Looking at their feet, avoiding eye contact and otherwise ill at ease with the world.

Hold your head up high. Walk confidently. Be okay with eye contact. Don't be hostile, and don't be loud, but be confident and be present in the moment. This communicates to potential bad actors that you aren't easy prey.