5 Things To Look For In A Concealed Carry Shirt 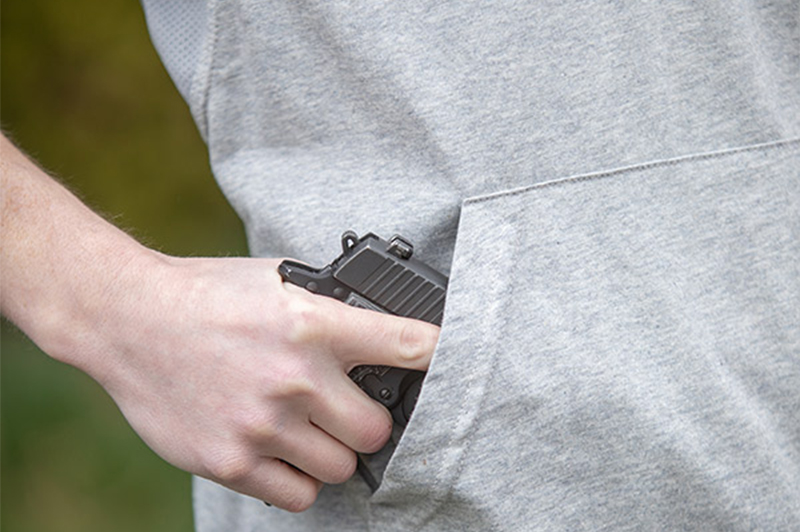 What A Concealed Carry Shirt Needs To Have

Looking for a concealed carry shirt? The good news is that almost any shirt will work if it has the right attributes.

Granted, that doesn't mean you shouldn't buy a great concealed carry shirt if you want one!

With that said, you want to make sure that a concealed carry shirt is going to function in the role that it is intended to be used for. While it's not necessarily difficult to find, it's also the case that you need it to work or else you'll need to find one that does.

And what are the things a concealed carry shirt has to do? 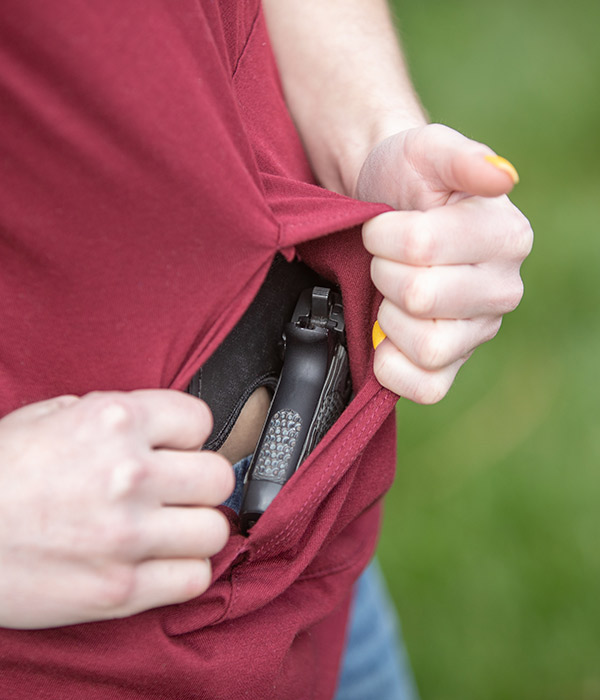 The primary job of a concealed carry shirt is concealment. Therefore, it has to be loose enough to drape over your gun and holster without printing.

It isn't terrifically complicated, but a shirt either drapes correctly or it doesn't, If it doesn't, it isn't a very good concealed carry shirt;

At the very least, look for a roomy fit. It doesn't have to be billowing or baggy, it just has to have a bit of room inside it for the shirt to drape over the gun, the holster and onto you for effective concealment.

Carrying On The Waistband? Look For A Longer Hem 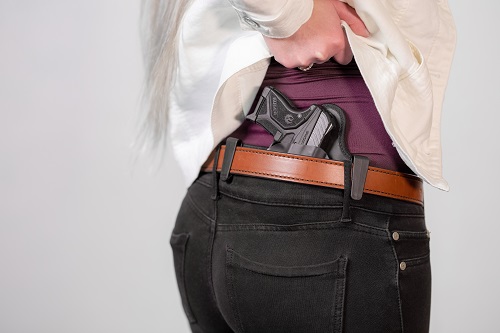 If you're going to carry on the waistband, whether using an OWB or an IWB holster for women, what you want to look for is a longer hem.

You don't necessarily need to wear a nightgown for EDC, it's more that the shirt should extend to about the top of the thigh rather than to the top of the hips. The extra material allows for the shirt to cover the gun and the holster effectively.

You'll have to save that cute midriff top for when you aren't carrying, unfortunately.

Guys have been using untucked button up shirts for decades as a cover garment due to the longer hem than a t-shirt or polo, or have bought shirts in tall sizes. The idea still applies to concealed carry for women; you need a bit longer hem for CCW purposes.

A Concealed Carry Shirt Shouldn't Be Out Of Place 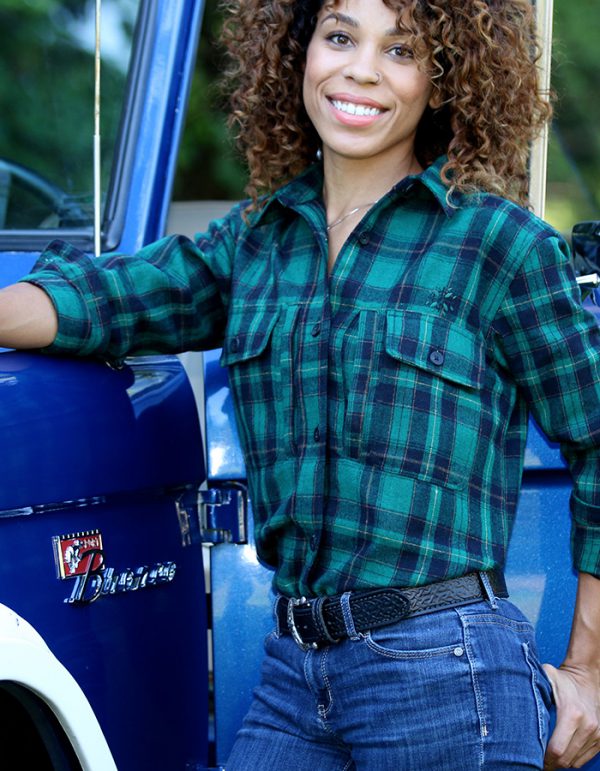 You don't want to scream "I'm concealed carrying" if you can help it.

In other words, you want to pick a cover garment that's not going to draw the kind of attention you don't want to draw in the environment you'll be in.

In the office environment, something like a button-up or a two-piece top is a great pick. A t-shirt might be dressing down a bit too much. Some dresses might be too formal for everyday wear.

In other words, you want to pick concealed carry clothing that fits right in to how you already dress to begin with.

You Should Want To Wear Your Concealed Carry Shirt 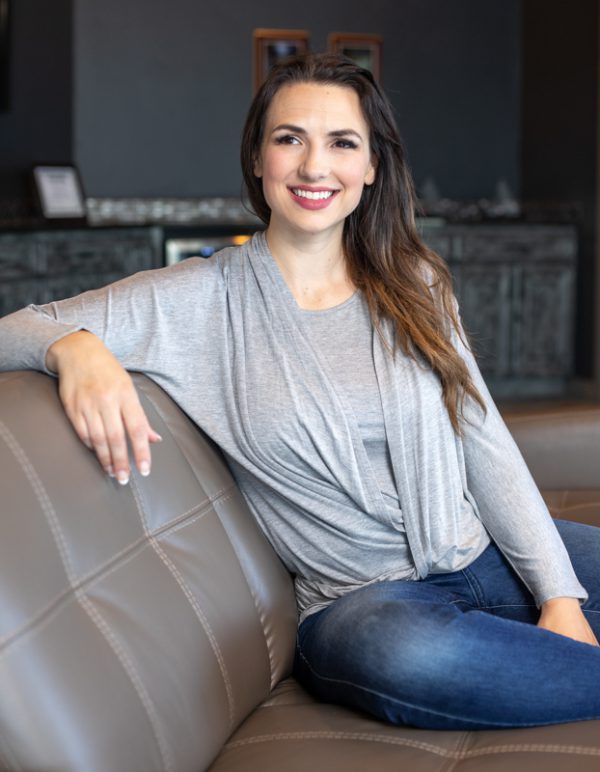 Why would you bother with any shirt, let alone a concealed carry shirt, if you wouldn't otherwise wear it? There's no good reason to, so don't.

If a shirt doesn't look good to you, you shouldn't wear it! If it isn't something you'd wear otherwise, then don't get it.

Dressing for concealed carry just means using clothing that enables you to more easily conceal and carry your handgun, which really just means choosing a manner of dress that allows for the gun and holster to be covered. It doesn't mean you have to dress in a manner you hate.

So make sure you pick a concealed carry shirt that fits with how you typically dress or would like to dress. 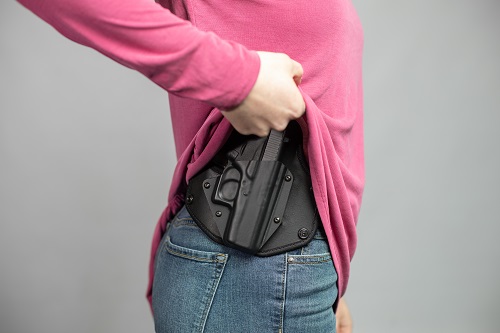 Granted, this can partially be a training issue. Clearing cover to get onto the gun is something you have to practice; if you don't practice, it's going to be more difficult than it would be if you do.

However, it's also that a shirt that fits too tight or otherwise makes the draw sequence harder than other shirts do...is a poor concealed carry shirt. A roomy fit is also beneficial in this regard, as you'll be able to grip and move the garment out of the way.

A false pocket opens straight onto the corset or belly band. It may look like a kangaroo pocket or standard pocket on a sweater or something, but allows you to quickly draw a pistol carried on the front of the body. It can also work for appendix carry.

If carrying in an IWB or OWB holster, you need to be able to get the garment out of the way and get a shooting grip on the pistol.

And whatever concealed carry shirt you get...train with it. You need to train with the gear you'll carry every day or, as the training industry likes to say, train how you'll fight.