How To Conceal Carry In A Purse 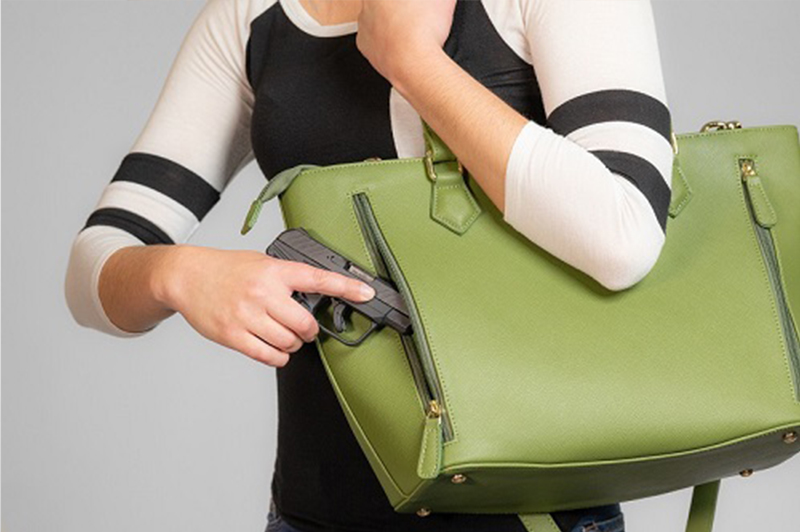 If you're wondering how to conceal carry in a purse instead of a traditional on-body holster, the best way to do that is by carrying it across the body instead of hanging freely. 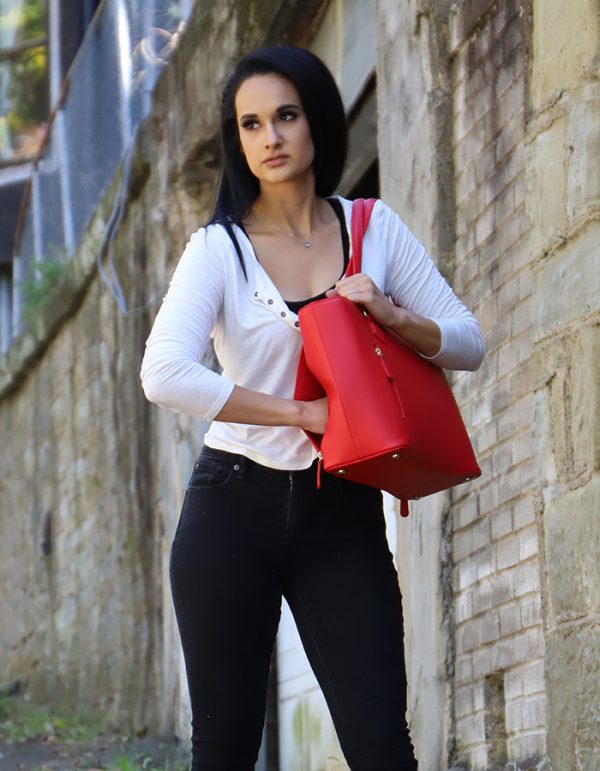 It's no secret that most firearms trainers and experts in personal defense don't always have the warmest view of using a concealed carry purse.

Often, they recommend that women who want to concealed carry should do so on the body, and use a dedicated purse with an actual holster inside it. There are, in fairness, some reasons for doing so.

What a holster has to do is retain a pistol safely and keep it secure when holstered. The trigger guard must be protected at all times.

The reason why on-body carry is preferred is several-fold. First, the pistol is secured to the body by means of a belt or belly band holster. When concealed, the observer doesn't know it's there.

Gun grabs don't occur until the pistol is known to the assailant, so that isn't a worry, and so long as you have a holster of proper construction, the pistol is secured in the holster and the trigger guard is protected.

Now, if you're just putting your pistol in a purse and carrying it, none of those conditions are satisfied. If you use a dedicated concealed carry purse - that has a holster in it - the safety and function aspects are accounted for.

A Concealed Carry Purse Keeps The Pistol Protected, Cross-Body Carry Keeps It On You 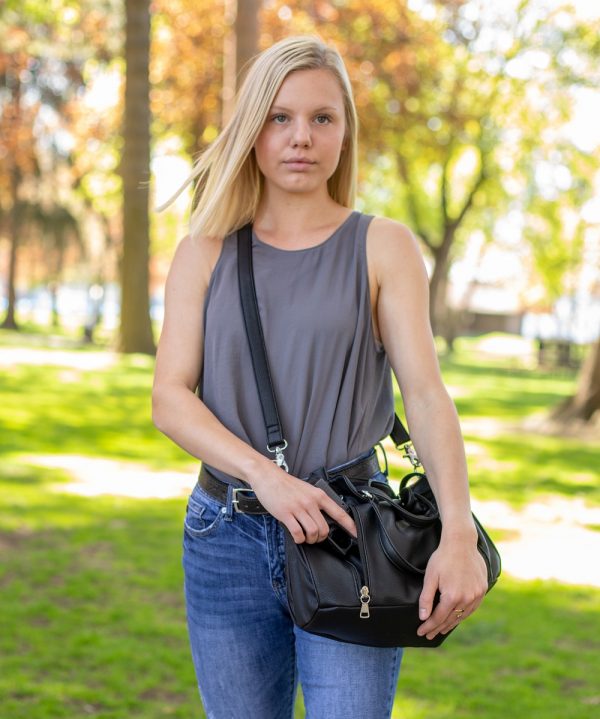 A lot of different companies offer a "concealed carry purse" which is little more than a regular purse that the manufacturer (or seller) claims is for concealed carry.

Just shoving a gun in is not a safe way to conceal carry in a purse, especially with a modern pistol with passive safety devices and a light trigger pull. The trigger can snag on anything else in the purse, causing an unintentional discharge.

Additionally, a purse that is slung from only one shoulder is easy for a thief to snatch. If there was a gun inside, the thief now has a loaded gun along with the rest of your valuables.

There are also incidents of toddlers getting guns out of their mother's purse, sometimes with deadly results. While not to say anything ill of the departed, it is the case that the gun wouldn't have been accessible if the gun was attached to its owner.

Of course, these potential issues of security are nullified by carrying in a holster on the body or, if you want to carry in a purse, in a concealed carry purse made to address them that is kept on the body.

A Cross-Body Purse Is Faster In An Emergency 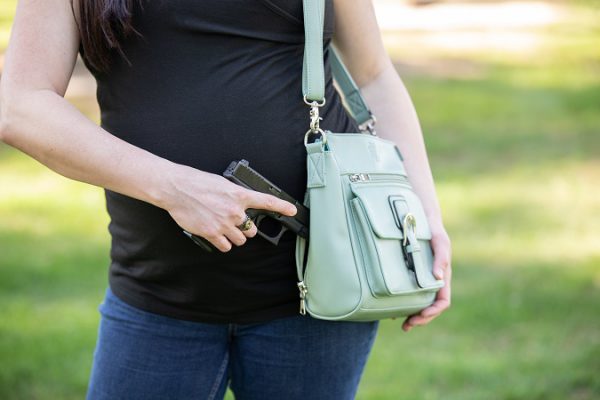 Let us also consider the ergonomics involved in drawing from a concealed carry purse, if you find yourself in a situation where you actually have to use your gun.

To get to a gun in a purse carried on your strong side shoulder, you need to reach behind the purse to get to the gun or bring the purse forward to be able to do so.

Reaching behind the purse requires you to get your arm as far behind your back as you can reach. This puts the shoulder joint into a position of near impingement, where the bones of the shoulder joint butt up against each other and inhibit movement.

That makes the movement anatomically awkward and inefficient, which is just a bad way to do things.

Not only that, but you have to get the purse open and THEN draw the pistol, which means that you have to perform a series of tasks from an anatomically bad position under stress. That is not a recipe for success.

Bringing it forward resolves the awkward movement to a degree, but puts an extra step into the process which slows you down.

A cross draw with a concealed carry purse is more ergonomic.

That means you'll be able to train more and put in the reps needed to gain proficiency, and that, after all, is the name of the game.