The 4 Rules of Gun Safety 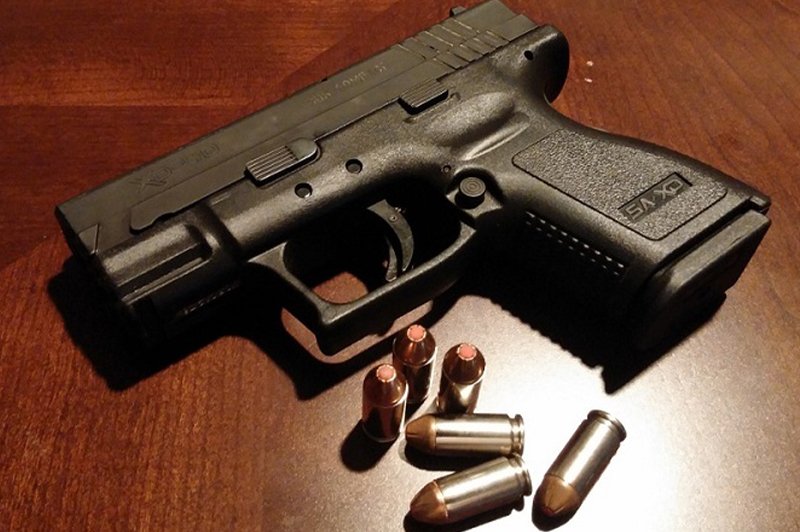 The 4 Rules of Gun Safety

There are several gun safety rules to observe at all times when handling a gun. Some are general rules meant to safeguard the user, the people around him or her, animals, and other objects that may get destroyed by a strayed bullet. On the other hand, some rules are specific and address a particular process like gun cleaning. See, guns are not toys. The shots fired from these firearms can have lethal destructive force.

Every gun, when purchased, is accompanied by gun safety rules that the owner should read carefully to understand how to operate the gun. Knowledge is vital when handling a firearm at any given time. In this post, four rules of gun safety shall be discussed.

You may have read several gun safety rules in manuals or in instructional books, on blogs, and so forth. If you have been keen enough, you may have noticed that four rules of gun safety stand out. These rules are clear and easy to remember. Without further ado:

These four rules of gun safety may sound a cliché to many; however, breaking at least two of them may have dire consequences. In some cases, loss of live as a result of a negligent discharge.

Treat every firearm as if it is loaded This safety rule, when handling a firearm, requires a high level of discipline. Experts argue that this rule should be taken literally to ensure that you remain safe at all times. A supplementary rule to this golden rule is: Never trust anyone who hands you a gun and claims it is unloaded. You have to verify it on your own to ensure that it is clear following all gun safety rules. Never assume that the firearm is unloaded because the magazine has been removed. It is not strange to find rounds of ammunition in the chamber when the magazine is out. So, the rule of the thumb is to treat each firearm as if it is loaded. This discipline is needed to form good habits required in the handling of the gun subconsciously. It may help a great deal in times of distress or exhaustion when making mistakes is high. This rule is golden. Bullets can cause considerable damage to property. For this reason, never point a gun at the wrong target, whether human being, animal or any other object you are not willing to destroy. This rule applies to the user of the firearm too. When holstering, never point the gun at your feet or any other part of the body. Any negligent discharge may be tragic. As a standard rule, the muzzle should be pointed in the safest direction. A safe haven for firearm storage in the house is a concrete reinforced corner. By default, many people place their finger on the trigger when holding a gun because naturally, that is how the firearm should be held. Unfortunately, this bad habit has led to several negligent discharges leading to the destruction of property or bodily harm to both human beings and or animals. In other cases, loss of life has been reported and sugarcoated as an accidental shot. However, a gun cannot discharge if a person or object has not pulled the trigger, at least not with the way the current guns are designed. Keeping the finger on the trigger should only be a habit of highly trained individuals in high-stress conditions like crossfire combat. Otherwise, to prevent ‘shooting without aiming,’ your finger should be off the trigger.

Be sure of your target and what is beyond it Before you aim and pull the trigger, think of your target and what may lie beyond it. The force and speed at which a discharged bullet travels in some instances is unbelievable. For example, a .22 caliber bullet can go beyond a mile before losing momentum. Pause, think, and reflect on this. Can you imagine the damage it can cause if it is fired on the wrong target or direction? And yes, there is a possibility of missing a target and firing sideways or above the target. Again, as a standard rule, never fire a bullet if you are uncertain of your target. In situations of self-defense, take precautions when firing to minimize hitting innocent persons or destroying property.

These four gun safety rules are vital in the handling of any form of firearm. You should observe them at all times.