Why you should get a Concealed Carry Purse 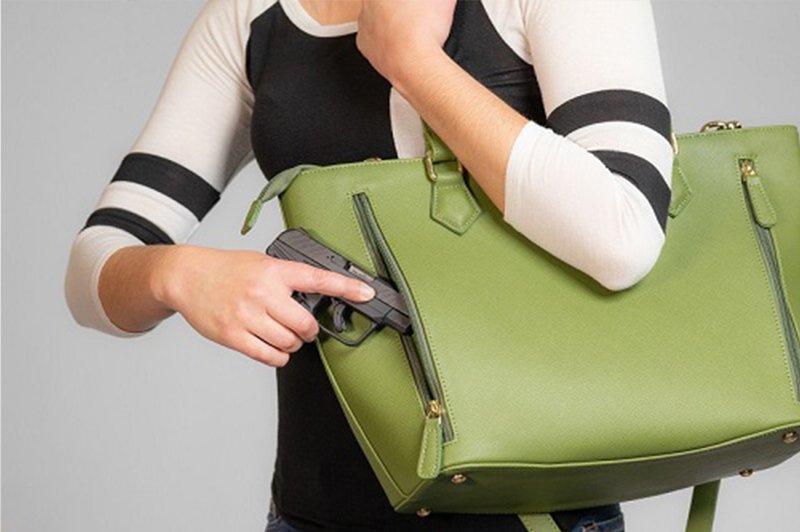 Why you should get a Concealed Carry Purse

For women, a concealed carry purse is one of the most logical methods for concealing and carrying a handgun. However, experts and gun enthusiasts often advise against carrying a gun in your purse.

Just like any other carry method, use of a concealed carry purse requires getting the right gear, and taking a smart, responsible approach to concealed carry. When done correctly, it’s a perfectly safe and sound way for you to stay armed and fashionable.

Why A Concealed Carry Purse? For women, the purse is a convenient way to store your concealed weapon. When done right, a concealed carry purse could mean the difference between life and death.

First, using a concealed carry purse means you don’t have to compromise on your style and comfort.

Carrying a gun on a belt holster means you have to wear pants. However, when using a purse, you are at liberty to wear your most feminine dress without the need for a garter or other attachment method.

With an increased focus on concealed carry for women, companies make stylish carry purses that function as fashion accessories, too. The purse also ensures your comfort. With the gun in your purse, you don’t have to worry about it digging into your thighs when you sit. You also avoid the constant shuffling around that belt holsters create due to tightness.

Other Advantage Of A Concealed Carry Purse Some women find on-body concealment to be difficult due to how they dress, which a concealed carry purse will help with. The purse effectively hides your gun from plain sight.

The off-body purse also gives you the freedom to conceal the pistol you want to. Many shooters of any sex, not just women, refuse to carry a micro or subcompact pistol because it’s harder for them to shoot one accurately enough to feel comfortable carrying it. A purse is a great help in this respect, as it makes effective concealment for a larger firearm easier.

It’s also easier to carry more ammunition, if you want to carry speedloaders for a revolver or additional magazines for an autoloader.

Concealed carry purses also ensure that you are not in violation of brandishing laws that have been passed in some jurisdictions, as there’s no way anyone will see a gun from a closed compartment.

Now that we have covered the reasons for owning a Concealed Carry Purse let's take a look at several considerations you should take into account when shopping for one. Beyond the bags’ form and function, you should be aware of the prevailing laws regarding concealed weapons. These laws vary greatly by state and country. You will almost always be required to have a permit to carry a concealed weapon.

There are four levels of permits and restrictions, and you ought to know which level your state allows.

In constitutional carry states, you need not obtain a permit to carry a concealed weapon. In ‘Shall Issue’ states, you are permitted to carry concealed weapons so long as you apply and meet the requirements for the permit. If you meet the requirements, the state cannot deny you the permit. ‘May Issue’ states are similar, but can deny you a permit if they deem it unnecessary to grant you the permit.

Even with a permit, you may not be allowed into some premises with a concealed weapon. These include schools, public parks, government buildings, and airports, among others.

What You Need In A Concealed Carry Purse Ladies often wonder whether they could use their everyday purses as a concealed carry purse. While it is physically possible, experts warn against this for several reasons.

First, using your regular bag reduces your gun's accessibility when you need it. Your everyday purse contains several other things, such as keys, notebooks, makeup, and even your laptop. In the event of an attack, you will have to rummage through these items to locate your gun, at which point it may be too late.

Second, it is dangerous to stash your gun along with other belongings. If the trigger is snagged, it can discharge the gun, which is incredibly dangerous.

Therefore, you need to get a purse that meets your requirements for storage and style, but that is also made to be used in the capacity as a concealed carry purse.

There needs to be a dedicated compartment for the pistol, which should have a zippered or otherwise secure enclosure. The pistol compartment should include either a method for mounting a holster – such as a hook and loop fabric pad – or have a holster built into the purse itself, so the trigger guard of your gun can remain covered and safe.

Because you’re adding the weight of a pistol, the straps and hardware should be strong enough to carry an extra 1 to 3 pounds of extra weight.

Just like an ordinary purse, your decision to carry a concealed carry purse depends on two things: form and function. The purse should be big enough to carry your firearm. This is preferably a separate compartment with a holster to hold your gun in place. The gun compartment should be lockable so that children and unwanted persons cannot gain access to your weapon. You should, however, leave this compartment unlocked when you’re out and about so that the gun is always within reach in case you need it.

However, just like a regular concealed carry holster, you should also train with the purse so you can access the pistol and use it if the need arises.